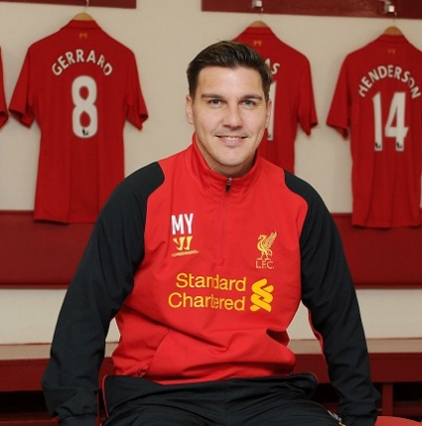 Michael signed for Liverpool FC at the age of 8 and progressed through the Academy youth system up to Liverpool FC reserve team level, growing up and playing alongside Michael Owen and Steven Gerrard and learning the game off first team regulars and Legends such as John Barnes, Robbie Fowler, Jamie Carragher and Steve Mcmanaman.

After being released by Liverpool FC at 18, Michael was to be asked by Steve Heighway (Academy Director 1989 – 2007) to become one of the first full time Academy coaches whilst still playing semi professional football for Burscough FC. He was soon spotted by a scout from Dundee FC whilst playing for Burscough, and signed professionally for them in 1998 playing in the Scottish Premier League for three years.

Michael then returned to Liverpool FC in 2001 in as an Academy coach, responsible for the development of boys not only as young footballers but as individuals. He managed Academy teams ranging from U10 – U13 over a 10 year period, planning and conducting sessions four times a week with a Premier League Academy Fixture on a Sunday.

Michael now in his 23rd year with the football club, works for the LFC International Academy where he writes, coordinates, develops programmes and coaches for LFCIFA & LFC partners around the globe.

Back to the top